How do Solar Panels work?

How do solar panels work? 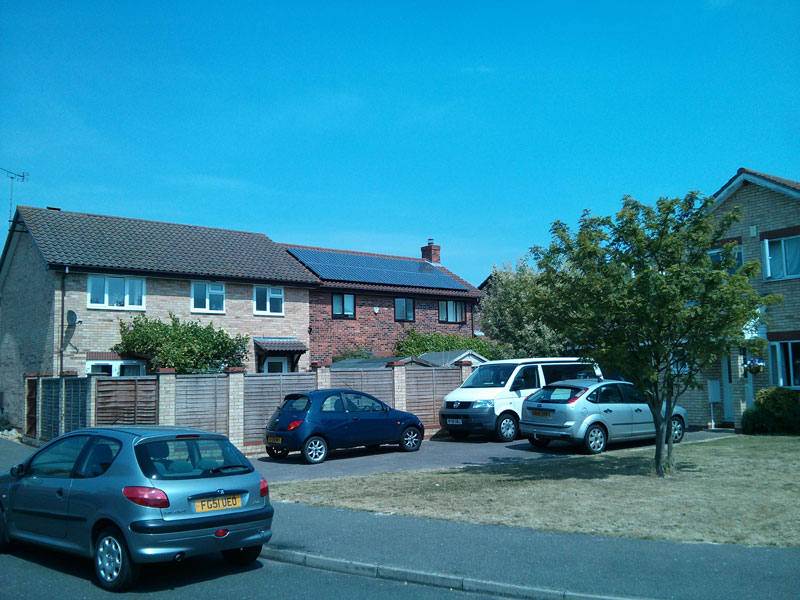 ‘How do solar panels work?’ is a question we are often asked at Exeo Energy. Below we explain the purpose and operation of all of the main components of a grid-connected solar panel system and then go on to describe how the solar panel system operates. We also discuss optional components that are often installed with solar pv systems like monitoring systems, solar batteries and solar immersion controllers.

This article is based on grid-connected solar pv systems installed in the UK. If you would like to read a detailed article about another aspect of how solar panels work, for example an explanation of the physics of how solar photovoltaic cells convert light energy into electrical energy or how off-grid solar panel systems work then please come back soon as we are working on these articles.

First we will introduce you to a system layout containing all of the major components.

Solar panels are normally mounted onto a roof or ground-mounted frame. There are lots of different types of frame, each designed for different types or roof, different aesthetics and roof coverings. These are almost always set kits from manufacturers and include all necessary components required. Typical types include: on-roof systems which sit above the existing roof covering and are the most common type used for domestic and commercial properties in the UK; in-roof systems replace the roof covering (eg slate or tile) and sit directly on the roofs battons forming part of the watertight covering; flat-roof systems are designed specifically for flat roofs; ground-mount systems are (surprisingly!) designed for ground based installations.

The solar inverter is a key part of the solar panel installation - it is the heart of the system! Its job is to take the Direct Current (DC) electricity from the solar panels and convert it into Alternating Current (AC) electricity that can then be used by electrical appliances within the building and/or exported to the national grid for use by neighbouring buildings. Inverters are often installed in lofts or sometimes garages or utility rooms. There are a few different types of inverter including string inverters, micro-inverters and DC optimising inverters. Historically most inverters installed have been string inverters, these are realiable and effective but if a system is subject to shading performance can drop significantly. Micro-inverters are small inverters, about the size of a book, which sits on the back of a solar panel on the roof. These minimise the effect of any shading on a solar panel array. DC optimising inverters, like Solar Edge, perform in a similar way to micro-inverters in that they optimise the performance of individual solar panels thus reducing the negative effects of shading, module missmatch or different rates of degredation between panels.

The generation meter is also very important – it is the official record of how much energy the solar panels have generated. Every quarter when you submit your readings to your electricity supplier you will take the reading from this device. You do not take the reading from the inverter or from any high-tech monitoring system but from this, the generation meter. Whereas inverters can be installed out of the way, according to regulations generation meters need to be installed in an accessable place where it can be read easily. Normally this is next to the consumer unit (fuse board) and will often be labelled as the generation meter. You should see that during the day, as the sun shines the readings will go up and at night when it is dark it will stop.

Many solar inverters now come internet enabled, also there are also reasonably priced and reliable third party products that measure energy generation from the system. This allow easy visualisation of your solar panel system performance as well as offering alerts if the system is not performing correctly. These do help to gain a better understanding of your energy generation and also allow long term data analysis of system performance.

Solar batteries like the Tesla Powerwall are now available for storing excess energy during the day for use in the evening.

Solar Panel Immersion Controllers act in a similar way to a solar battery. Excess electrical energy from the solar panels is used to heat up an immersion element within a hot water cylinder and helps provide domestic hot water. This can contrubute a significant ammount of hot water, especially in the summer months and can therefore reduce energy bills significantly.

So what is happening overall when the system is in operation?

Some interesting links offering their own explanations of how solar panels work: